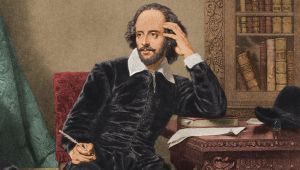 Although social stereotypes have been prevalent in both the 16th and 21st centuries, it was less common for those living in the former to combat them publicly. In spite of this, Shakespeare’s Love’s Labour’s Lost defies the generalizations made by society. The play’s progressive themes derive from its questioning of the validity of social classes and gender roles. Most scholars believe that Shakespeare’s own life influenced his intentions for these liberal ideas. Despite being famous, the author was not of high class and had to self-educate himself instead of attending university. Shakespeare’s achievements drove him to refute the superiority that the higher classes often boasted; he intended to unmask these misconceptions as a form of revenge. Writing Love’s Labour’s Lost was Shakespeare’s way of rebelling against the stereotypes of the society he lived in.

The author first uses the main character’s ignorance of love to demonstrate that one’s socioeconomic status is not indicative of one’s knowledge. This occurs when the King expresses the rules of the oath that he, Berowne, Longaville, and Dumaine make during their three years of study. “Therefore brave conquerors, for so you are, That war against your own affection, And the huge army of the world’s desires…You three, Berowne, Dumaine, and Longaville, Have sworn for three years’ term, to live with me” (I, Lines 9-17). The main sacrifice that these men make in this pledge is their freedoms to be in relations with women. This belief that the men have the ability to wage a war on their own affections is one that Shakespeare emphasizes. His intention is to discredit their intelligence. Since the author has these characters make this oath with the intention on learning more about life, he generates irony as they are depriving themselves of confronting the opposite gender. This proves that although these men are of the highest social class, they are still capable of making false assumptions.

Shakespeare further targets the higher class through the relationship of Braggart and Page. Page, otherwise known as Braggart’s slave, demonstrates that the lower class can be knowledgeable. This is seen when Page gives Braggart advice on his love affairs. “If you swallowed love with singing love sometime through: nose as if you snuffed up love by smelling love with your penthouse-like o’er…these are complements, these are humors, these betray nice wenches that would be betrayed without these…do you note that most are affected by these” (IV, Line 638). Page’s statement expresses a well-developed view about love and what it can do to man. He acknowledges that all human beings are susceptible to this concept, and claims that understands love because of his own experiences. When Braggart accepts his servant’s observations, the form of their relationship changes in the eyes of the readers. Page is no longer inferior to Braggart, but an equal, as their exchange in this scene represents a brotherly bond. The text becomes more ironic when Page refers to him as a “negligible student” (Shakespeare IV, Line 646). These lessons that Page teaches show that the oath that the men take in the beginning of the story was ignorant. They believe that abstaining from being with women would develop their knowledge of the world; however, they failed as it paradoxically prevented them from obtaining understandings about love.

Similarly to the characters of lower classes, the females in Love’s Labour’s Lost are empowered by Shakespeare in order to defy certain gender stereotypes. He achieves this by making the women appear to be more intelligent. The plot of the play summarizes how four oblivious men believed that they could learn the complexities of the world by shutting themselves into years of study. Their foolishness is exploited by the women when they switch disguises to fool each of their respective lovers. “…And will they so? The Gallants shall be task’d: For Ladies we will every one be mask’d, And not a man of hem shall have the grace Despite of suit, to see a Lady’s face…And change your Favors too, so shall your Loves Woo contrary, deceived by these removes” (IX, Lines 1564-1573). During the time period that this play was written, women were labeled as inferior to men. The fact that Shakespeare writes a scene where people of this gender attempt to deceive men of high class, and accomplish this task, makes the text very progressive. His characterization of these figures supports the idea that Shakespeare wrote this play for his own satisfaction.

Love’s Labour’s Lost is not a play that should be ignored. This text does not stay within the plot it contains, but extends to the life of Shakespeare, who emits his values and experiences in the characters he creates. The characterization of the men of high class is one that portrays them as foolish. This effect is intended by the author, as he wants to prove that belonging to a certain social group does not determine one’s personal qualities.